The earliest humans to evolve on the land in China arrived over 1.7 million years ago. Today the Chinese are known for their advancements in technology, distinct customs and culture and of course the Giant Panda, which is sadly now an endangered species due to deforestation and other developments. 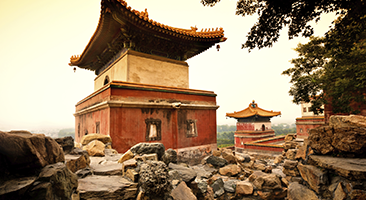 China is situated in eastern Asia on the western shore of the Pacific Ocean. China is the second largest country by land area and the third largest by total area. It is the world's most populous country with over 1.35 billion people currently residing there. It is a communist country, meaning it has a single party rule. China has beautiful and diverse scenery. The greater part of the country is mountainous but it also boasts spectacular highlands, plains, basins and hills. 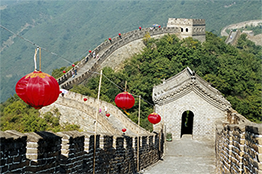 China attracts about 55 million tourists per year and some of China's most famous attractions include The Great Wall of China, The Forbidden City, The Terrocotta Army and The Leshan Giant Buddha.

The teachings of Confucius - which stress obedience to elders in the community are a dominant part of the Chinese culture and customs are an important part of life. The largest festival which is the Spring Festival marks the beginning of the lunar New Year (Chinese New Year). The holiday is celebrated with firework, parades and dancers dressed as dragons.

If you are planning on heading to China it is important that you obtain a visa in advance whether it's for tourist, business, employment or study purposes. Ensure you apply for the correct visa to suit the purpose of your trip and you should be aware that is it is extremely difficult to obtain a visa at the Chinese Border Entry points.

Chinese Authorities take visa violations seriously, so make sure you depart before your expiry date or you could face heavy fines or detention. Also Hong Kong and Macau are Special Administrative regions and have separate visa and entry administration. You may require a new Chinese visa to re-enter mainland China from here. Another requirement to enter China is that your passport must have at least 6 month validity.

Trains are the most common way to get around China, though they are often over-crowded and you should be careful with your belongings. For long distances, buses are the best for getting around and are often cheaper than most trains.

Boat services are pretty limited in China, though you may find them in Coastal areas and there are subways but only in the major cities. Cycling is in-grained in everyday life and locals use this as an important means of transportation. Taxis are often used by tourists, and tipping is not custom in China.

China is a relatively safe country to visit, and most locals are honest and friendly. However crime is an issue travellers need to be aware of, along with weather related incidents and potential illnesses.

The most common cause of incidents in China are road traffic accidents, with public transport providing a much safer option then private transport options.

The main health risks are typical to many other countries, such as incidence of food poisoning, inadequate clothing for the conditions and not being hydrated enough.

China is not a particularly violent place however it is important travellers take precautions in order to remain safe from crime. This can be done by taking pre-cautions and using common sense, being careful at night and taking advice of local guides and tourist information centres.

Also be aware of local laws, as penalties for offenses including drug trafficking include the death penalty.

It's important you keep up with routine vaccinations whether you are travelling or not. We highly recommend the vaccinations Hepatitis A, Hepatitis B Typhoid, Tetanus, Pertussis, Diphtheria, Measles, Mumps, Rubella, Chickenpox, Influenza, Japanese Encephalitis, Rabies, and Cholera. You should also take precautions with insects to avoid Malaria and Dengue fever.

The climate will depend on what region you are visiting. China experiences the worst extremes in weather, from freezing cold to unbearably hot. In the northeast of China the summers are very humid and uncomfortably hot and the winters bitter cold.

The north and central regions have constant bouts of rain coupled with hot summers and cold winters. The southeast almost offers semi-tropical summers and cool winters. Flooding occurs throughout the country and western regions experience earthquakes.